Many men today, especially those from younger generations, feel confused about their place in the world. Times are changing, and the male role can be uncertain. Yet, some have managed to adapt and thrive.

At the risk of sounding superficial, these differences are often reflected externally. A man who’s unsure of himself might be physically unfit, sloppy, or have an off-putting attitude. Men who are secure in their status and role tend to display the opposite qualities.

In fashion, the expression ‘put together’ refers to how an outfit has been composed with care, intelligence, and a personal sense of style. Modern men need to not only be put together on the outside but embody that composure internally as well.

A lot of self-help books and blogs talk about habit change as something essential to improvement. It isn’t a silver bullet, but if you work on the fundamentals, you’ll have something to fall back on.

For every man striving to put himself together, the most basic habit should be self-care. This covers both physical and mental health. You need to be aware of the behaviors, good and bad, that affect these aspects of well-being. And you have to care enough to make an effort to introduce new positive habits while breaking free of old negative ones.

Self-care extends to your possessions. You need to redefine your relationship with material goods: there can be no ownership without upkeep and maintenance.

Think about your car: how faithfully you adhere to its maintenance schedule, the effort involved in accommodating it into your life. Maybe you build a carport with corrugated roofing sheets for added protection from the elements and make washing and self-inspection a weekend ritual.

Not all of your belongings will require as much attention as a car or a house for that matter. But shoes need to be cleaned, polished, and kept dry. Clothes have to be properly worn and stored. The same goes for books, gadgets, appliances; you name it. Respecting material things is the best way to extend their lifespan and demonstrate that you appreciate the value of money and sustainability. 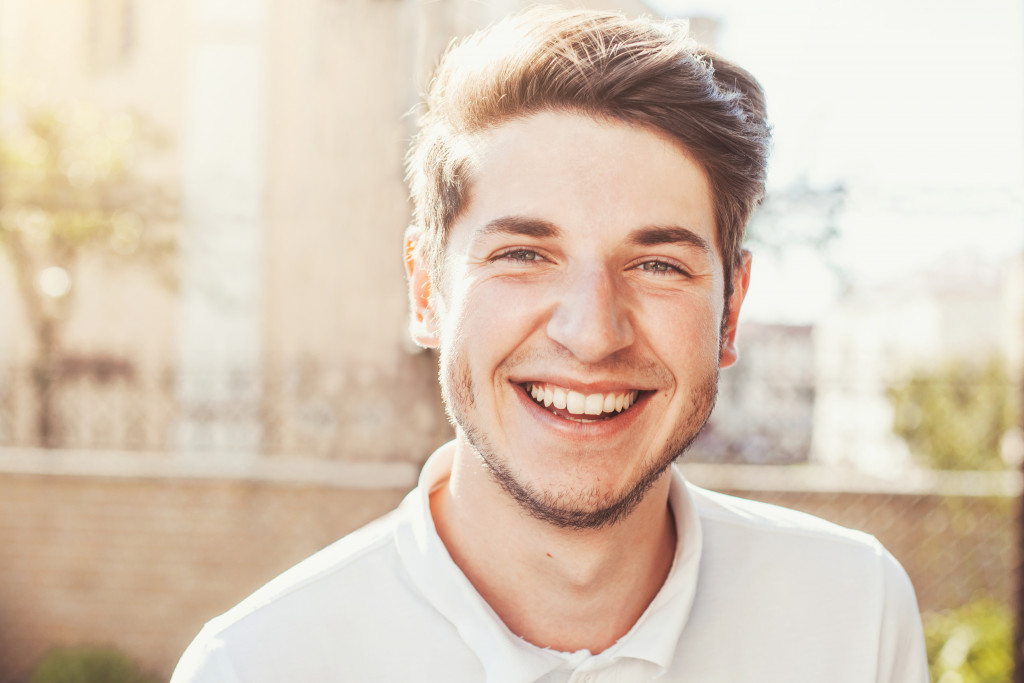 Modern men can experience dissonance regarding the roles they are expected to play. Evolutionary biology can attribute this to the fact that our survival instincts haven’t caught up with modern sensibilities.

Men are wired to compete for status and demonstrate their prowess as providers. With women campaigning for equality, they’ve proven themselves capable of fulfilling that role. At the same time, social media can make every man feel as though he’s competing for status with millions of other males.

Recent research suggests that female selection criteria for partners diverge from the concept of male dominance. In fact, women may never have been drawn to the stereotype of the alpha male at all. Qualities such as sensitivity and an easygoing nature are deemed just as attractive as confidence and assertiveness.

Composure is as much about your attitude and mentality as it is about your appearance. Instead of behaviors that display the demanding, aggressive concept of manliness, men need to redefine their roles along the lines of empathy and vulnerability.

Be open and talk about your troubles, and it will relieve your stress and anxiety. At the same time, being considerate of others and displaying genuine interest in them will help develop your poise and skill in conversation.

When we think about composure, we inevitably associate it with keeping one’s cool: thinking before speaking or acting, being informed before making a decision, never being rushed. Those qualities arise out of having organization in one’s life.

You can’t put together a sensible outfit without being organized, and the same goes for being put together as a person. It requires you to invest some time and effort, especially if you aren’t naturally methodical or meticulous. But in the long run, organizing your affairs and sticking to a schedule will let you eke more time and energy out of each day.

By becoming an organized man, you give yourself ample room to think things through. You can pursue hobbies, such as reading, that feed your intellect and make you a more enriching man for others to interact with. Your awareness of time makes you value and respect others’ limited hours as well, which manifests in punctuality and orderliness in your affairs.

Strive to embody these attributes, and you’ll be a more self-assured man. Your sense of confidence and composure won’t be a mere projection, nor will it be tied to external things such as wealth or status. You’ll be put together, inside and out, able to define your own role as a man in the modern world.