Whether this exchange did indeed happen or not, it illustrates that the American brand of masculinity can sometimes be harmfully reckless — the notion that being safe is for sissies. This dangerous mindset could be one of the factors that contribute to what is called the gender gap in health.

The life expectancy of men has, on average, been shorter than women’s, and despite medical and technological advances, it’s a gap that has grown rather than decreased. Many factors contribute to this, including biology and social and behavioral factors.

While there is little that we can do about the biological factors, we can do something about the others.

Do men have a higher risk?

It’s difficult to make assumptions, as there are always exceptions, but in general, men are more likely to engage in reckless and aggressive activities. They may perceive these behaviors as displays of masculinity, but they are, in reality, just putting themselves in unnecessary danger. Perhaps, there is also this perception of healthy eating and dieting as more “feminine” concerns, discouraging men from looking after their own health, too. All these harmful and, frankly, dated notions are putting men’s lives at risk.

Apart from these social and behavioral factors, some illnesses also affect men more than women. Thirty-nine percent of men over 65 have heart disease, compared to just 27% of women of the same age. Parkinson’s disease affects 50% more men than women. Men are also at higher risk for conditions like autism, kidney stones, and pancreatitis. Data even shows that more men are losing their lives due to COVID-19 compared to women. With all these stats, it’s surprising why the next point is a fact.

Men are less likely to visit their doctor 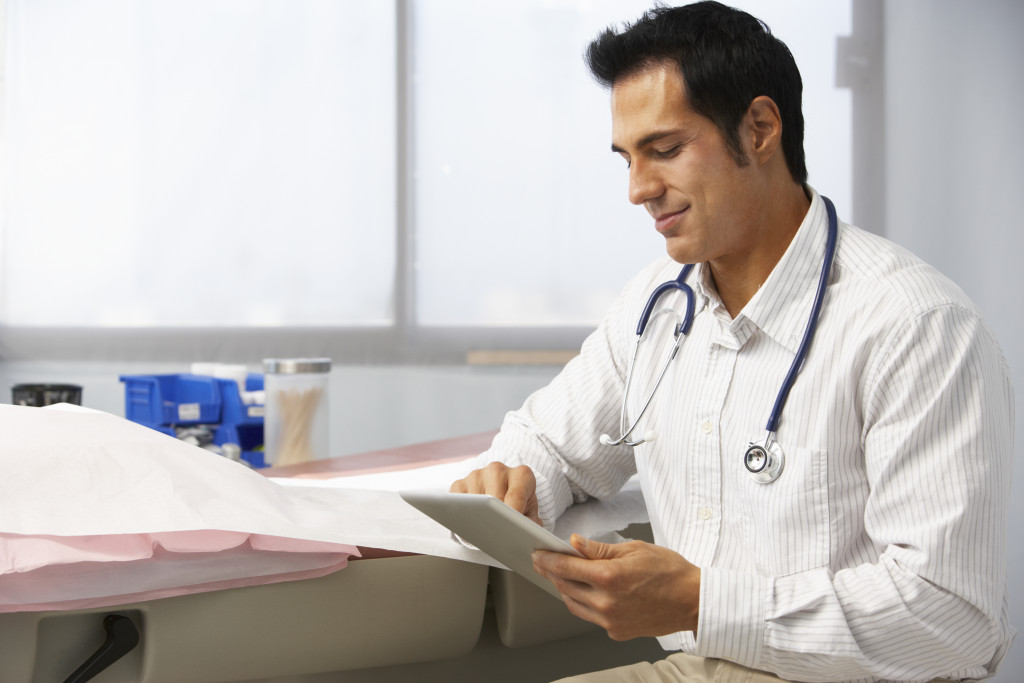 Research has shown that women are more likely to visit their doctors or spend on healthcare compared to men. It’s not that men are less likely to get sick; in fact, the stats point to the opposite.

Why men seek out doctors and checkups less is unclear. It could be a macho mentality that perceives seeking help as a form of weakness. If you’re feeling unwell, tough it out, right? The real reason probably varies per person, as some cannot afford healthcare, but the important thing is to change this behavior and mindset.

You should visit your doctor. Go avail of those annual physical exams your employers provide. Seek expert advice if you must. Getting help isn’t a sign of weakness or vulnerability. It actually shows that you are strong enough to face whatever it is you may be going through. It shows that you are smart enough to believe in medical science as the best way to treat whatever condition you may or may not have.

If you think you’re too busy to go to the doctor, then you should make time for it. Make health a priority. For more older men, there are ways to avail of health services at home. There are even medical consultation apps that you can try. In this day and age, with all these services, there is no excuse, apart from financial reasons, to be unable to seek out help.

Looking after your health is the manliest thing to do

Soccer superstar Cristiano Ronaldo made headlines a few days ago when, in a press conference, when he took the bottles of Coca-Cola — a tournament sponsor — away from view. He then proceeded to disparage the drink by promoting good old water instead. The gesture was immediately followed by a drop in Coke’s market value in the billions.

The following day, this move was echoed in another press conference for the same tournament, wherein French soccer star Paul Pogba did the same with a bottle of Heineken, another sponsor.

Though perhaps not as recognized in the United States, these athletes are some of the world’s biggest stars, idolized by men across the globe as the epitome of masculinity. Their gestures are significant in that they can help shift the mindset of many men when it comes to health. They show that being a man isn’t about chugging down a beer or winning a soda burping contest. Instead, it’s about achieving feats of strength simply by knowing and respecting your body’s limits.